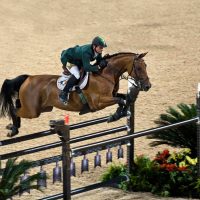 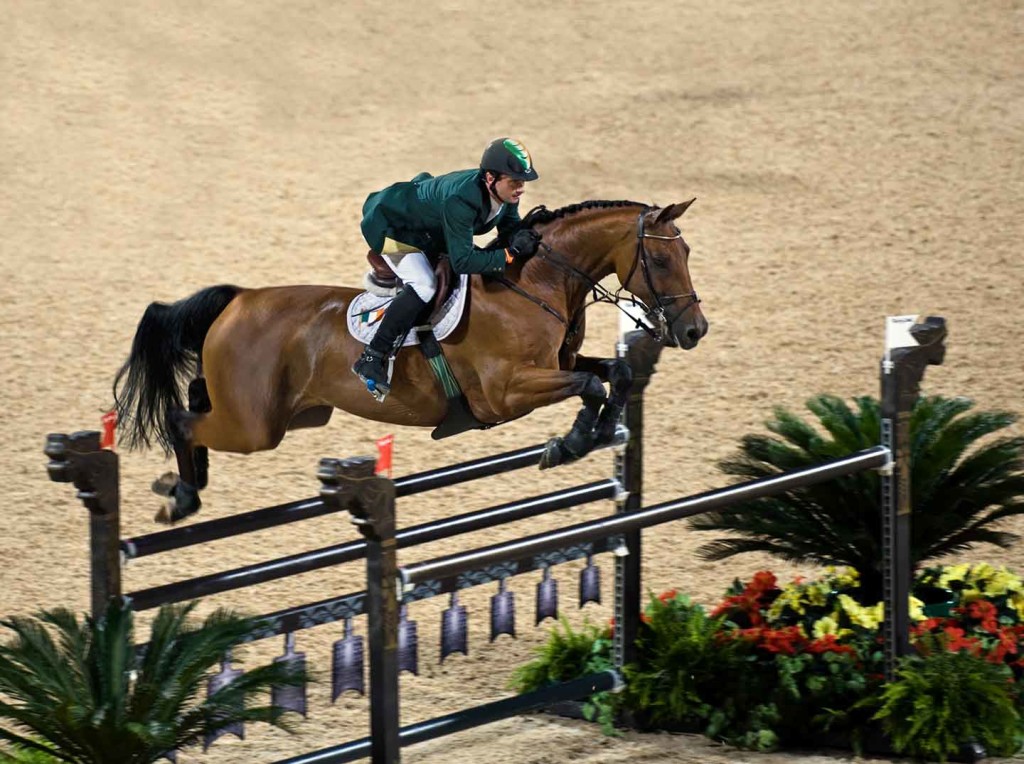 Horses have a protective mechanism that kicks in when they are being exercised to a point where they can cause themselves damage. This is why your horse will start to drop behind the leg, not clear fences properly and has an increase in breathing rate. You can feel it and wonder why.

Because horses are fight or flight animals, they are much more willing to go further than a human athlete  in terms of combating fatigue. During hard exercise a horse’s adrenaline level is around 10 times higher than our own. Adrenaline can help mask pain and allow a horse to push itself harder than is really good for  its welfare. It is important that we recognise the signs of fatigue and know how to prevent it through appropriate riding.

As Paul Farrington, a vet for the FEI (horsesport’s international governing body) says: “Riders must take the lead in recognising the signs of over-fatigue and stop to save their horse from potentially serious injury before it occurs.”

What Is Horse Fatigue?

Fatigue can manifest itself in different ways depending on what it is we are asking the horse to do. Fatigue is different from exhaustion, when a horse is exhausted it can’t even take another step.

The horse will start to tire when it’s struggling to keep up with the level of exercise the rider is asking. When this happens the warning mechanism is triggered and you’ll feel your horse starting to tire.

Fatigue doesn’t come on suddenly it tends to creep up gradually. When you feel it starting to happen, it’s important to take the pressure off. Continuing at this point increases the risk of injury  tendon damage, and there’s also the risk  of other conditions that overworking a horse can cause, generally manifesting after exercise. 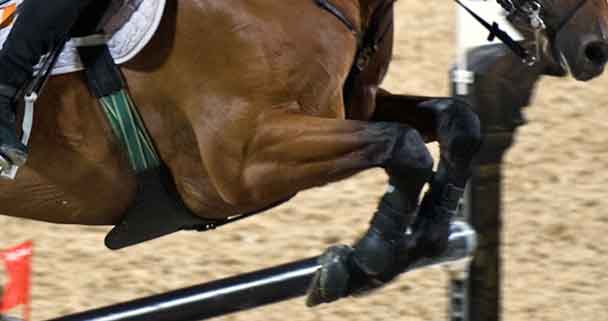 Fatigue can occur either in the brain, the peripheral nervous system, or more commonly in the muscles themselves. In the latter case, the brain sends the correct signals for what it wants to happen, but the muscles cannot deliver.

It is important to remember that as well as locomotion — running and jumping — muscles, other muscles are also important for exercise. Fatigue of muscles in the upper airway, for example, may also result in reduced capacity for exercise.

Precisely what causes muscle fatigue is still not fully understood, but it can involve the depletion of energy stores, the accumulation of metabolic end-products such as lactic acid and the failure of contractile machinery, which may be the result of calcium imbalance. Electrolyte loss through disturbances to the internal environment of the muscle cells is also thought to be a contributing factor.

When the brain takes over

Central fatigue is different. This refers to processes in the brain where the muscles may have the capacity to exercise, but the brain overrides this and makes the horse slow down.

Many different factors influence how quickly a horse fatigues. These include: speed, duration of exercise, the going, terrain, athletic ability, age, fitness and overall health, plus environmental conditions such as heat and humidity.

Of these factors, the one we can most heavily influence is fitness. As we train our horses and make them fitter, they become less prone to tiredness. It will still occur, but the horse will be able to exercise for longer without tiring.

So how can we reduce the chances of early fatigue?

Aside from training and fitness work, appropriate warm-up is also important. This should involve a period of exercise incorporating similar movements at a similar intensity to those that will be performed in competition. For example, a showjumper’s warm-up should include some work over small fences as well as the size of those to be jumped in the ring, while an event horse needs both faster canter work and jumping included in his prep.

Too little, or too much, warm-up could compromise your horse’s health — and your chances of success. Aim to finish warming-up five to 10 minutes before you compete.

The signs to look out for

Fatigue can manifest itself in a variety of ways according to discipline, but signs to watch out for are:
➤ A slowing of pace
➤ Decreased responsiveness to the aids
➤ An unwillingness or inability to increase speed or change gait
➤ Loss of motivation
➤ Reduced coordination (for example, stumbling/losing balance/wandering)
➤ Increased frequency of brushing or overreaching
➤ Increased frequency of changes in lead in canter and gallop
➤ Increased head and neck movement
➤ Increased breathing effort
➤ Hitting obstacles

Source: How do you know when you’ve worked your horse too hard?