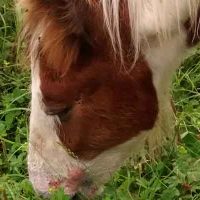 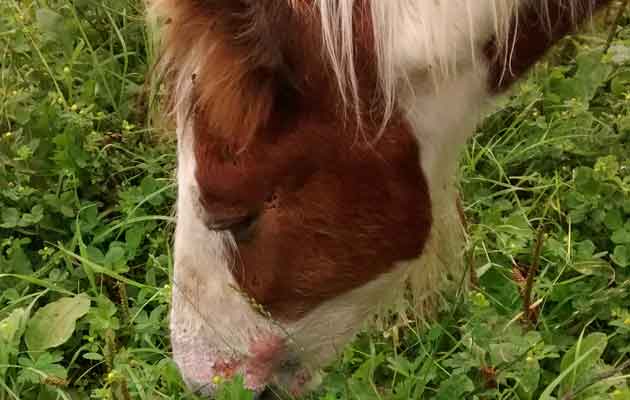 UPDATE – Sadly Angus has died as a result of his injuries. Owner Kayleigh Appleby said: “I want to thank everyone who has given us moral support and offered money to help with Angus’s vet bills. We didn’t accept the money but really appreciate how much people have taken Angus to their hearts.”.

RSPCA Chief Inspector Cathy Hyde from the  added: “This was a horrifically cruel attack on a defenceless foal with tragic consequences. “Foals are naturally inquisitive and trusting and it’s awful that it appears someone has taken advantage of this. Attacks like this are extremely rare but understandably local horse owners will be worried and we would suggest they are extra vigilant.  We would also encourage the public to contact the police and groups like Horsewatch to report people acting suspiciously or unusual vehicles visiting fields and yards.

Police are searching for information after a foal was set on fire in Derbyshire. The four-month-old foal was seriously injured in the incident and suffered severe burns to his nose, face and front legs.

The incident happened between the evening on Monday 17th of August and Wednesday the 19th August and police in Pinxton are  appealing for witnesses to the attack.

The foal, named Angus, was found by his owners with the burn injuries and police believe that flammable liquid was poured on the foal’s face before it was set alight.

“He’s fighting for his life and I’m appealing for help to catch whoever did this to the defenceless animal,” said PCSO Becky Davis of Derbyshire Police. 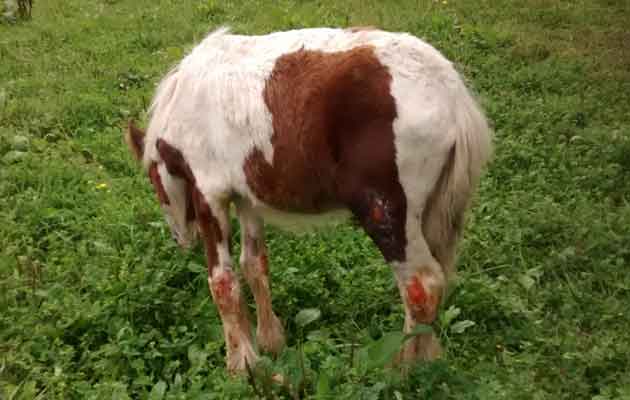 Angus was in a field off Alexander Terrace near a water treatment plant, along with two other foals and some horses. He is continuing to receive veterinary attention.

RSPCA Inspector Teresa Potter, who is investigating the incident, added: “It is difficult to know for sure what caused these severe burns, but it is thought likely to be some sort of external cause, probably deliberate.”

“He would have suffered a great deal, but is making a good recovery now after being seen by a vet.

“We are keen to know who has done this.”

During the evening of 23 August the field gate at the property was also damaged and the lock smashed.